The American Federation of Scientific Astrologers was founded May 4, 1938 at 11:38 a.m. when the organization's convention was called to order at the Raleigh Hotel in Washington, DC. Incorporation papers were filed simultaneously, and the three incorporators were Ernest A. Grant, Swan A. Erickson and Anna M. Cowan, all of whom were District of Columbia residents.
The constitution was amended in 1945, and the name was changed to the American Federation of Astrologers. 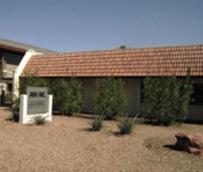 AFA's first headquarters, at 6 Library Court in Washington, DC, was purchased in the fall of 1950. This building was sold in 1975, and the headquarters was moved to Tempe, Arizona, a Phoenix suburb, where it occupies a 5,000 sq. ft. building owned by AFA.

The purposes of the American Federation of Astrologers as stated in its constitution are to:

AFA Board of Directors